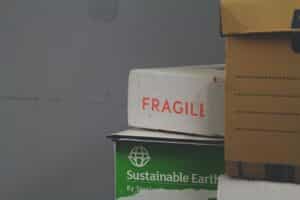 Complaints about parcels deliveries to Citizens Advice have trebled since coronavirus hit, as shoppers turned to online orders.

Ahead of the busiest period of the year for home deliveries, the charity is reminding consumers that it is the seller’s responsibility to deliver the items to the buyer’s door, and consumers are entitled to a refund if its service fails.

The various restrictions on shopping that have been in place since March have led to a surge in online shopping. Figures from the Office for National Statistics show that in May, online accounted for 33% of retail sales, compared with 19% a year earlier.

As shops reopened over the summer the proportion fell, but with a new lockdown in place in England, May’s figure could be beaten.

Citizens Advice said its consumer service had received three times as many calls about delivery issues since March compared with the same period last year. Its webpage on parcel delivery rights has been getting twice as many hits this year compared with 2019.

Its report chimes with the Guardian’s own postbag which has similarly recorded a big jump in complaints about parcels being delivered to the wrong address, and the stores wrongly refusing to refund the customer.

One woman who got in touch with the charity for help said that she has had “nothing but trouble with couriers”.

Sandra, 77, has been shielding due to her age and has become reliant on deliveries for gifts on family occasions.

“The parcel companies have delivered so many damaged packages. I’ve had items say they have arrived when they have not, so I’m left chasing people which is extremely difficult as most companies do not answer their telephone,” she said.

“The parcels I have ordered are really important to me as they are for my loved ones. So when they do not arrive or turn up completely smashed it’s absolutely heartbreaking. I’ve completely lost faith in the process.”

Alistair Cromwell, acting chief executive of Citizens Advice, said: “It’s not right that the number of people having issues with parcels is so high. With Christmas and Black Friday on the horizon, it’s important to remember that it’s the seller’s responsibility – not yours or the courier’s – to make sure the item gets to you.”

City of London suffers £2.3 trillion loss of trade due to Brexit in a...

The City of London suffered a loss

Job vacancies rebound to pre-lockdown levels but some regions lagging